A New Look at Domestication: The Role of Oxytocin in Wolves’ and Dogs’ Social Relationships with Conspecific and Human Partners 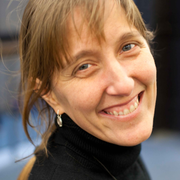 The aim of the current project was to assess whether, as has been suggested by some researchers, dogs’ docility compared to that of wolves’ may be due to a changes in their endocrinological system (higher oxytocin and lower glucocorticoid levels) during the course of domestication. To answer this question we conducted 3 studies comparing wolves and dogs at the Wolf Science Centre, where they are raised and kept in a similar manner. Differently from what is expected based on these ideas, we found that without prior stimulation, dogs showed higher cortisol levels than wolves, and male dogs also seemed to show higher oxytocin compared to all other groups.

When interacting with people they know well, neither dogs nor wolves showed an increase in oxytocin. But this increase was evident in pet dogs, suggesting that the type of upbringing and relationship with people is a key component in these studies. We also found that in general dogs were more inclined to interact with people they did not know well than wolves, but this was also associated with high cortisol responses, and more behaviours such as licklicking which may be a sign of stress or appeasement. In the final study at the WSC we compared wolves’ and dogs’ behaviour and hormonal response (oxytocin and cortisol) when engaging in pack-activities (territorial defence and howling) and when separated from their pack mates. The behaviours between dogs and wolves were largely similar, but, in line with wolves’ being more dependent on their pack mates in the wild, they showed a significant increase in cortisol levels following separation from their pack mates. Furthermore, territorial defence in wolves positively correlated with both oxytocin and cortisol levels, whereas in dogs, they correlated positively only with cortisol levels. These results may suggest that territorial behaviours increase pack cohesiveness in wolves, through oxytocin release, which would be in line with the more prominent role that inter-pack conflicts play in the socio-ecology of wolves.

At the Clever Dog, we developed a stress-free method of administrating OT involving the use of a vaporizer mask, and observed that indeed compared to delivery of placebo, the use of the mask significantly increased OT levels as measured in urine. This method was more effective than the standardly used intranasal spray. Using this method we investigated whether OT would affect how dogs synchronize their behaviour to the owners and the attention they give the owner when s/he is engaging in a task.

We found that dogs that showed an increase in their oxytocin levels spent more time in proximity to their owner and looking at their owner, supporting the role of oxytocin in modulating dogs’ human-directed social behaviours. We also conducted two other studies to look at whether OT affects contagious yawning with the owner and social attention, but results are still being elaborated.