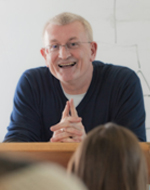 The basic idea of VASS is to bring arctic social science Ph.D. students – from a variety of disciplinary backgrounds – to Vienna in order to confront them with international state-of-the-art social science approaches and methods applied outside the Arctic. At the same time, VASS will confront arctic students with lessons learned from alpine experiences.
VASS will provide its participants with in-depth treatments of three areas of contemporary social science theory production: 1) human-environmental interactions in the Anthropocene (see, e.g., Chakrabarty 2009; Hastrup & Rubow 2014), 2) regimes of mobility and immobility (see, e.g., Glick Schiller & Salazar 2013; Sheller & Urry 2005), and 3) the study of the interrelationship of human and non-human actants in technological and infrastructural settings (see, e.g., Latour 2005; Ong & Collier 2005).
VASS will also make use of the fact that parts of Austria are located in alpine environments, which demonstrate structural similarities with the Arctic. This opportunity will be realized through a fieldtrip to Salzburg and Tyrol. Thus, practical and methodological aspects of research will be as relevant as the theoretical areas mentioned above. While the students will be arctic specialists from all over the world (mostly from North America, Russia and Europe), most of the lectures will be from an international and interdisciplinary team of non-arctic specialists.
The field trip to the Austrian Alps will showcase a region that has many similarities with the Arctic in terms of environmental, infrastructural and mobility challenges, but is also embedded in a quite different geographic and sociocultural setting. Climate change, the environmental, social, cultural and economic impacts of tourism as well as of mining and resource extraction are themes that can be profitably analyzed by comparing these two regions.
Alpine and arctic environments also show structural characteristics of “remote regions”, namely low population density, out-migration and reduced accessibility. This also leads to a limited set of developments options. In both cases, mining and tourism have been seen as one of the few available options at different points in time. The temporal differences of arctic and alpine developments are relevant as well. While alpine mining activities are largely a thing of the past, which we can study in museums during our field trip, arctic resource extraction booms are much more recent. Likewise, while the European Alps have a long-standing (and largely successful) tradition of engaging in the tourist trade, many arctic communities see tourism as a future option. Thus, the question - what can students of the Arctic learn from alpine experiences - constitutes an important dimension of VASS.
Climate change is another process that invites comparisons between arctic and alpine settings, both of which are heavily impacted by the overheating of our planet. Looking at the interactions between climate change, tourism and extractive industries will inform the practical student assignments during the field trip. These will reinforce the theoretical priorities of VASS – environmental change, human mobility, as well as material and technological dimensions of social assemblages – to make the encounter of Vienna and the Arctic a productive one for both sides.

Latour, B. (2005). Reassembling the Social: An Introduction to Actor-Network-Theory. Oxford: Oxford University Press.

New Calls beginning 18th of May 2022, please refer to fundingportal.wwtf.at

Reporting from older projects, calls opened before May 2022: funding.wwtf.at

All other reporting and contracting, please refer to funding.wwtf.at